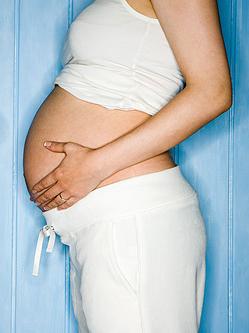 With attention deficit hyperactivity attention disorder (ADHD) on the rise in the United States, researchers are searching for possible explanations for the uptick, including fetal exposure to certain toxins such as lead, tobacco, pesticides, and chemicals like PCBs.

The latest suspect is mercury, a metal that affects the central nervous system, which investigators believe may be to blame for the surge in ADHD in children. According to a new study published in the Archives of Pediatrics & Adolescent Medicine, children who are exposed to higher levels of mercury in the womb are more likely to exhibit attention problems, hyperactivity, and other ADHD symptoms by the time they are 8 years old.

The study, which examined approximately 600 mothers and children from New Bedford, Massachusetts, measured prenatal mercury exposure by analyzing samples of the mother's hair shortly after birth (10 days postpartum), as well as a 59-item questionnaire to evaluate the children's behavior at age 8.

The researchers found that higher mercury levels in the hair samples were linked with a greater risk of symptoms of ADHD, and that a child's risk of ADHD symptoms increased by 40% to 70% past a certain exposure threshold (1 microgram per gram).

Even after adjusting for potential factors that could influence the risk of ADHD symptoms, such as the mother’s education, depression, or her diet while pregnant, the correlation with mercury remained consistent.

"This study and one other recent study--which both implicate prenatal mercury exposure [in] the development of ADHD--suggest that the impact of mercury is much greater than previously recognized," says Dr. Bruce P. Lanphear, M.D., professor of children's environmental health in Vancouver and author of an editorial accompanying the new study.

“The message that prenatal mercury exposure is not healthy for the fetus is not changed by this study,” explains Dr. Susan Korrick, senior author of the study and an assistant professor of medicine at Brigham & Women's Hospital in Boston, adding that the results should “demonstrate fairly consistent findings related to ADHD behaviors.”

Aside from on-the-job exposure, which is more common in mining and certain types of manufacturing, people are most likely to be exposed to mercury by eating fish that have ingested the metal in contaminated waters, prompting the U.S. Food and Drug Administration's recommendation that pregnant women eat no more than two six-ounce servings of low-mercury fish per week.

But how to reconcile these seemingly conflicting findings?

“It’s not necessarily contradictory,” says Korrick of the advice to eat fish, yet avoid mercury exposure. “It would be an unfortunate public health message if people stopped eating fish because of the concern over mercury. Understanding and appreciating that mercury avoidance is a prudent thing to do during pregnancy is important, but understanding and appreciating that fish consumption is important is worth remembering as well. Eating fish isn’t equivalent to getting exposed to mercury.”

Be sure to talk to your Women's HealthFirst doctor to find out what types of fish are recommended and which should be avoided during pregnancy.