As is the case with uterine fibroids, most women will develop at least one ovarian cyst in their lifetime. In most cases, these cysts do not cause pain or other symptoms. The cysts often go away on their own, without treatment, within a few weeks or months. Sometimes, however, ovarian cysts can cause mild to severe abdominal pain, pressure, and inflammation.

The presence of many small ovarian cysts is often associated with polycystic ovarian syndrome (PCOS). For women with PCOS, there are often so many cysts, it causes the ovaries to become enlarged. PCOS can lead to infertility.

What Are Ovarian Cysts?

Cysts are fluid-filled sacs of tissue that can occur in numerous places throughout the body. Most cysts are noncancerous – and benign ovarian cysts will not develop into cancer. Most cysts do not affect a woman’s fertility, or ability to become pregnant. 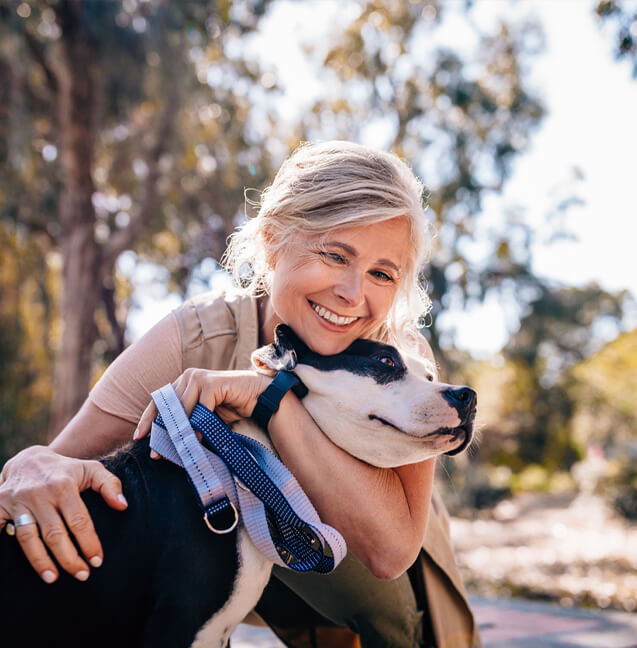 The majority of cysts that develop in the ovaries occur when either:

You should contact your OB-GYN if you suspect you may have ovarian cysts based on the following signs and symptoms:

If you have ovarian cysts and experience sudden, severe abdominal pain, especially if accompanied by a fever or lightheadedness, you may be experiencing a ruptured cyst or ovarian torsion (an unnatural twisting of an ovary). A cyst that ruptures can cause internal bleeding. Ovarian torsion can stop blood flow to the ovary, which can lead to ovary tissue death. These conditions are considered medical emergencies requiring immediate medical attention.

Your Women’s HealthFirst OB-GYN provider may notice swelling of an ovary during a pelvic exam, either during your regular well-woman visit or during a visit to investigate pelvic pain or other symptoms.

Gynecological ultrasound can confirm the presence of ovarian cysts. For more details about cyst location, number, and size, your provider may order additional diagnostic testing such as a CT scan or MRI. Your doctor may also order blood tests to check your hormone levels and to screen for ovarian cancer, depending on your risk for the disease.

Treating ovarian cysts that are causing significant symptoms centers on shrinking or removing the cysts.

Ovarian cysts cannot be prevented, although some hormone-based contraceptives can stop ovulation and prevent the growth of additional cysts.

When Your OB-GYN May Recommend Surgery

Surgery to remove ovarian cysts may be recommended if you have:

Ovarian Cysts? You Have Treatment Options

If you have or suspect you may have ovarian cysts, ask your OB-GYN provider what treatment options may be best for you. Call Women’s HealthFirst, with 5 locations in northwest suburban Chicago, at (847) 808-8884 to schedule your visit. You can also request an appointment now. Are you an existing Women’s HealthFirst patient? Use the convenient online patient portal to request an appointment, message your care team, and more.