If you have a family history of hereditary medical conditions, you’ll likely want to know if you are at risk of passing them down to your newborn. Carrier screening tests are blood tests used to detect whether you or your partner are carriers for certain disorders. When performed before conception, it can be a great tool in figuring out the chances of your baby inheriting a disorder. Most of the time, the carrier does not display signs of the disease, leading to the passing of those mutated genes, without the parents’ knowledge. Even more interesting, it’s possible to previously give birth to healthy children followed by a subsequent birth where the child has inherited the disorder.

Most carrier screening tests are for recessive disorders in which both parents are carriers and each pass down a single mutated gene. In that case, there is a 25% chance that your pregnancy could result in a child with the inherited mutation. 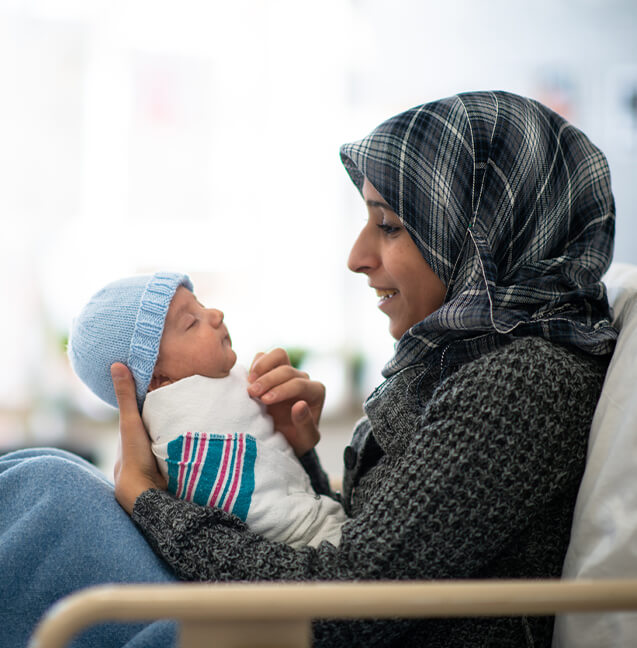 How Is Carrier Screening Performed?

Carrier screening is ideally done in the planning stages of your pregnancy, so things don’t come as a surprise later. The earlier you get it done, the better chance your doctors have at being able to detect and use advanced reproductive technology to decrease the risk of your baby inheriting the condition. It’s a noninvasive test accomplished by obtaining a blood or cheek tissue sample. It will then be sent to a lab to isolate and evaluate the DNA.

The partner at a higher risk of the gene is usually tested first and the other partner is tested only if the first is indeed a carrier. If both are found to be carriers, then genetic counseling may be offered to provide information on how to empower the family with preparatory knowledge and a plan to keep moving forward in the healthiest way.

There are two types of carrier screening tests that may be given, depending on what makes the most sense for you:

Targeted carrier screening – Certain genetic diseases are more likely to develop in members of certain ethnic groups – like African Americans being more susceptible to carrying sickle cell disease. This is also known as ethnic-based carrier screening. For those with a family history of a particular disease, targeted screening is still appropriate.

Expanded carrier screening – This type of carrier screening is independent of race or ethnicity and is compared against more than 100 different disorders using a single blood or tissue sample. This typically detects more serious conditions in early stages of life.

What Conditions Can a Carrier Test Detect?

There is a slew of conditions this type of test can identify. Some of the most common genetic disorders that are tested for include:

If you would like to know whether you or your partner are carriers for a certain disease or disorder, we have the tools for you. Finding out this information at an early stage will help you prep and plan to deliver a healthy baby. If you would like to set up a test to simply find out more information, call Women’s HealthFirst at (847) 808-8884 or request your appointment now. We have five locations near Chicago, Illinois, to serve you. Established patients are encouraged to visit the convenient online patient portal to request an appointment, message our team, update their records, and more.