Choosing a method of contraception is an important, personal decision that will impact your life on a daily basis. Be sure to talk with your doctor about which method is right for you. Choosing the birth control method most aligned with your lifestyle is key to successful protection for you and your partner.

At Women's HealthFirst, our OB-GYN specialists provide you with the information you need about different types of contraceptives, including the respective advantages and disadvantages of each.

There is much to consider when deciding on a birth control method. Factors such as your age, health, personal preferences, and previous contraceptive experiences are important to consider. So too are the frequency, convenience, permanence, and effectiveness of the contraceptive method itself. The decision is yours – and our gynecology specialists’ knowledge, training, and experience can help you make the right choice. 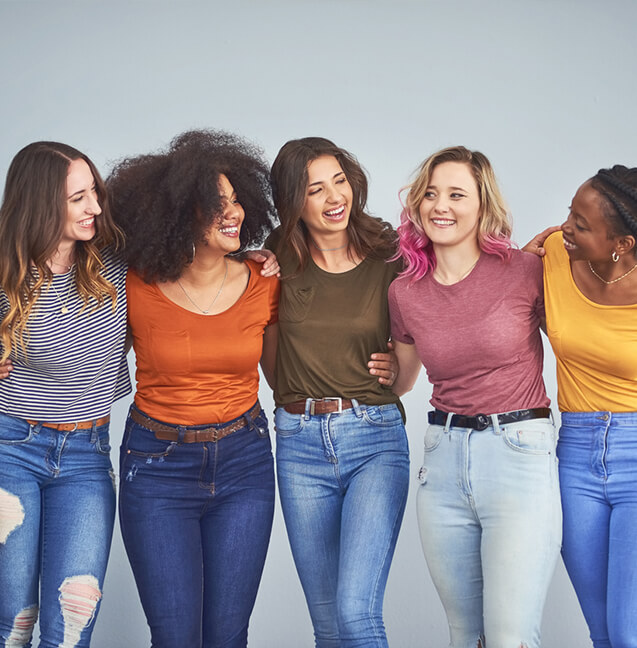 Contraception is the strongest protection available for women who wish to have sex but don’t wish to become pregnant. There are many options available for women. These options may be temporary or permanent. Some may need to be used every time you have sex, on a daily, weekly, or monthly basis – and some even less frequently. The effectiveness for each may vary. In the end, it is up to you to decide which type of contraception is best for you. Your Women’s HealthFirst provider can provide the information and guidance you need to make an informed decision.

Most hormonal contraceptives work by preventing ovulation (the release of a mature egg from the ovaries). Some also thicken cervical mucus, making it difficult for sperm to travel through the cervix and locate the egg. In addition, some thin the lining of the uterus, preventing a fertilized egg from becoming implanted there.

Because these hormone-based methods are extremely effective when used properly, there are now an abundance of forms available – which may be taken orally, injected, implanted under the skin, or placed inside the uterus. Each method comes with its own advantages and drawbacks, depending on your needs. All require a prescription from your doctor.

*There is also a nonhormonal-based IUD called ParaGard, which is effective for up to 10 years.

These contraceptives work by blocking sperm from reaching a mature egg. Barrier-based methods do not contain hormones but require preparation before every instance of intercourse to be effective. Spermicide may also be used in conjunction with barrier-based contraceptives.

Men and women can be sterilized in a surgery or other medical procedure intended to permanently block their ability to produce offspring. In some cases, the procedure may be reversed, although reversal efforts are not always successful.

It is important to note that most birth control methods do not protect against sexually transmitted infections (STIs). So, if you are having sex with multiple partners, or do not trust your partner, you may want to consider using a condom in addition to whatever birth control method you prefer.

These days, women have a vast assortment of choices when it comes to birth control. Finding the contraceptive choice that’s right for you may mean exploring options you’re interested in and discussing the advantages and disadvantages of each with a trusted OB-GYN provider.

Call Women’s HealthFirst at (847) 808-8884 to schedule your contraceptive consult. You can also request an appointment now. We have five locations conveniently located throughout northwestern suburban Chicago to better serve you.

If you’re already a patient, you have the option of using our convenient online patient portal to request an appointment or message your Women’s HealthFirst provider team at any time of the day or night, 24/7.